Through numerous expeditions and exploration projects, Martin has brought audiences inside the wild and forgotten corners of the world—from threatened heritage sites like Socotra in Yemen to the mammoth caverns of the largest cave in the world, Son Doong in Vietnam. In 2019, Martin was in charge of VR production on two large National Geographic expeditions to Mount Everest and along the river Ganges in India.

Martin and his team at IVAR Studios created the first-ever 360-video documentary from within a pride of wild lions in 2016. Working at the intersection of journalism, photography, and technology, Martin is intent on letting people step into the story, to feel like they’re actually there.

Martin also regularly works on still photo assignments for outlets like National Geographic, New York Times and the Guardian, and organizations like the UNDP and Plan International. He has won multiple awards for his innovative work. 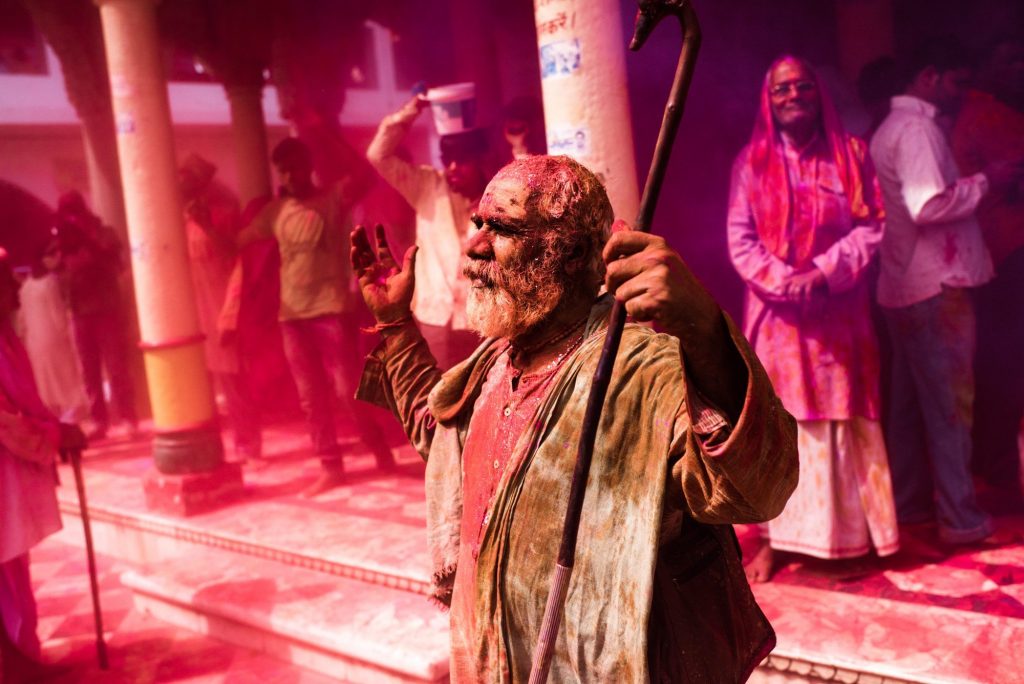 An explorer and visual storyteller, Martin Edström is spearheading the field of immersive journalism and interactive storytelling. His cameras and notepads have brought home rich and interactive narratives from the wild and forgotten corners of the world, from inside the tents of refugee families in the Middle East to expeditions to the threatened caves of Vietnam. Always attempting to inspire people to not only to experience the wonders of the world, Martin wants to enable the kind of deeper understanding that can only be achieved by exploring a subject on your own, in an interactive way.

Growing up in Stockholm, Sweden, Martin picked up his grandfather’s camera at the age of 12. During one of his first assignments at the age of 21, covering the refugee crisis in Malta, he started developing the passion for telling the stories of unheard voices that has continued to grow. Meeting men and women his own age in the refugee camps, Martin got a rude awakening to the fact that his sheltered life in Sweden was far from average in the world. Ever since, he has always kept returning to tell stories from the refugee crisis, visiting and living in over 10 refugee camps in the Middle East/North Africa and sub-saharan Africa.

Growing impatient with the indifference shown by people at home to these important issues, Martin soon started exploring new ways to tell stories. Bringing home still images wasn’t enough. In 2013, Martin published a first prototype of a virtual refugee camp, photographed in 360 degrees, where people could explore the Syrian refugee camp called Zaatari for themselves. Realizing the potential, he started developing several stories in this interactive way. The response was fantastic, leading Martin into a new branch of storytelling – using interactive, immersive techniques to put the user in the middle of the story.

Since then, Martin has been working non-stop to explore this new field of interactive 360° photography and video, as well as interactive Virtual Reality stories. No matter the technique or format, Martin always has one goal: letting the user try on someone else’s shoes for a while. By giving people the chance to explore a story, or an issue, for themselves inside a VR headset he creates new ways to truly immerse yourself within a narrative.

Since 2013, Martin has led teams and projects to create interactive 360/VR stories for media like National Geographic and The Guardian as well as organisations like the United Nations Development Programme and Plan International. One of the largest projects to date was creating an interactive 360° story from the largest cave in the world – Son Doong in Vietnam – published by National Geographic. This project entailed a 50-man expedition to the remote cave, and several months in editing, to be published in 2015.